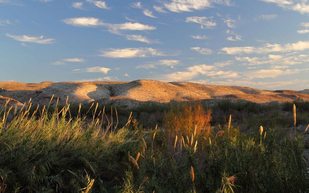 Music with a local flavor marks the fourth annual “Southwest Voices” concert May 20 and May 21 by Chorus Austin’s select Chamber Ensemble under the baton of Artistic Director Ryan Heller.

The concert, now a mainstay in Chorus Austin’s season, showcases works by composers from Austin, from Texas and around the Southwest, many receiving a world premiere performance. The Chamber Ensemble gives voice to these writers and their creations in two performances: at 7:30 p.m. Saturday, May 20, St. Matthew’s Episcopal Church, 8134 Mesa Dr., and 4 p.m. Sunday, May 21, at St. Paul Lutheran Church, 3501 Red River St.

Highlighting the concert will be the world premiere of the winning work from Chorus Austin’s fourth annual Young Composers Competition: Seven Seconds of Love by Carlos Cordero, a graduate student in the Master of Music in Composition program, Moores School of Music, at University of Houston.

Heller will lead the 32 singers in a program that features the moving Requiem: An Embrace by San Antonio native Paul Marbach.
“I wanted this year’s program to feature Paul Marbach’s Requiem: An Embrace,” Heller said. “The work began in 2009 as a reaction to the death of Jeffrey Weng, a friend of the composer and composition undergraduate at The University of Texas at Austin. The Introit of the Requiem memorializing Weng was performed shortly after he passed away.

“Then, in 2010, the highly publicized suicides of Tyler Clementi, Asher Brown, Justin Aaberg, Seth Walsh, Billy Lucas and others as a result of targeted bullying incited a national conversation about LGBTQ youth and school bullying,” Heller noted. “This piece is a part of that conversation,” Heller noted.
​
“Requiem is a memorial to those who find the pressures of the world too great, but moreover, it is an outreach of hope and encouragement to those who struggle against adversity,” said Marbach of his composition. “In Requiem, the ancient Latin texts of the Missa pro defunctis are set alongside other poetry, spoken word and spiritual texts to create a musical dialogue between these different and yet powerfully similar words. This piece also presents what art often attempts to convey: The duality between the spiritual and the terrestrial, the ecstatic and the tragic.”
World premiere performances on the program include works by Austin-area composers and Chorus Austin singers Stephanie Andrews, Eric Johnson and Ashley Foster Oheim and former Austinite Ben May. The program also showcases three selections from The Book of Rounds written by Julie Flanders and Emil Adler of the acclaimed group October Project.